Favorite calligraphy, was affected by teacher yu-hai zhou, Wang Shuguang teacher guidance, decades LinChi ceaseless, our acquisition Wang Yizhi, transferred ShiFeng dragon monument, weitianchi, cursive include three Mr Hall, shells formed their own unique style, won the gold medal in the national calligraphy competition, prize at 38 items, and won the "Chinese painting and calligraphy masters", "contemporary Chinese art masters" and so on the title. In 2012, his calligraphy works (Tzu-Zan) were exhibited in The China Military Museum in Beijing. He was praised by Vice Chairman of the Central Military Commission Chi Haotian and issued a certificate. In August of that year, he visited South Korea and participated in the Calligraphy exchange competition of World Expo Yeosu, winning the gold medal and gold Cup.

In 2014, on the occasion of the 50th anniversary of the establishment of diplomatic relations between China and France, two works (Cranes and the Yangtze River) were selected and exhibited in the Louvre in France. In May, his calligraphy works were selected by the Organizing Committee of Badaling New Great Wall of China and made into stone template. In September, his calligraphy works won the first prize in the national Calligraphy competition organized by The Chinese Academy of Management Sciences (at the ministerial level), and won the title of national famous calligrapher, which was incorporated into the China Great Think Tank. In the same year, he was appointed as the Vice Chairman of the Think tank of The China University of Science and Technology (two national Distinguished guests). In December of the same year, his calligraphy works were exhibited in the Great Hall of the People in Beijing and exhibited, explained and demonstrated at the meeting between commercial counsellors and Chinese entrepreneurs organized by the Ministry of Commerce of China. Many of his works have been published in the United States, Boston, Poland, Canada and The Yeosu City of Korea. Japanese and other places of overseas Chinese and international friends collection, widely acclaimed。

In 2015, his calligraphy work the Great Wall was collected by the American International Art Center.

The calligraphy work was given to Li Na, the daughter of Chairman MAO Zedong, as a gift by the Organizing committee of the 122nd anniversary of Chairman MAO's birth in Beijing in 2015.

In 2016, he was invited to join Chinese Calligrapher's Association.

In 2016, the calligraphy works were presented to the President of Madagascar in Africa by the Ministry of Foreign Affairs and General Manager Zhang Yusen as a national gift.

The 2018 calligraphy work silk road was presented as a national gift by the One Belt And One Road organizing committee of China to the President of the republic of kyrgyzstan gerenbekov. 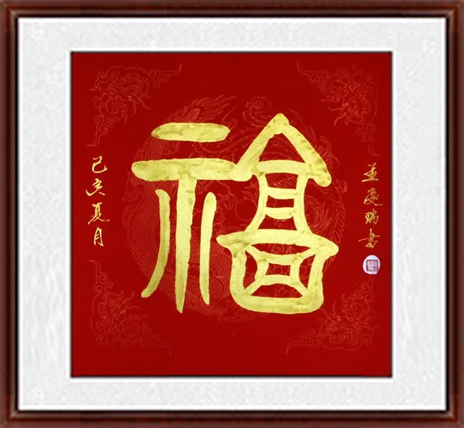 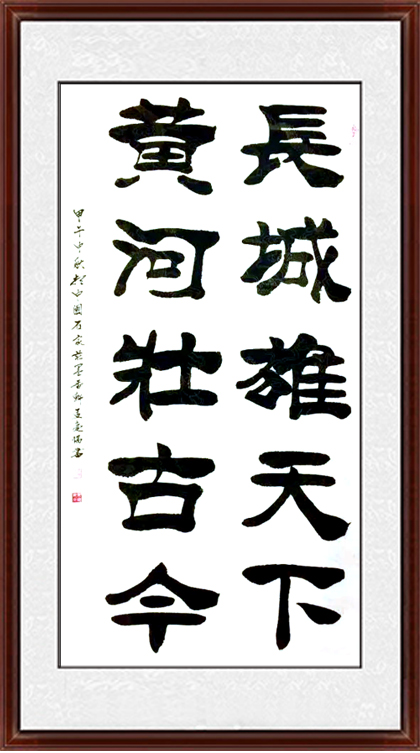 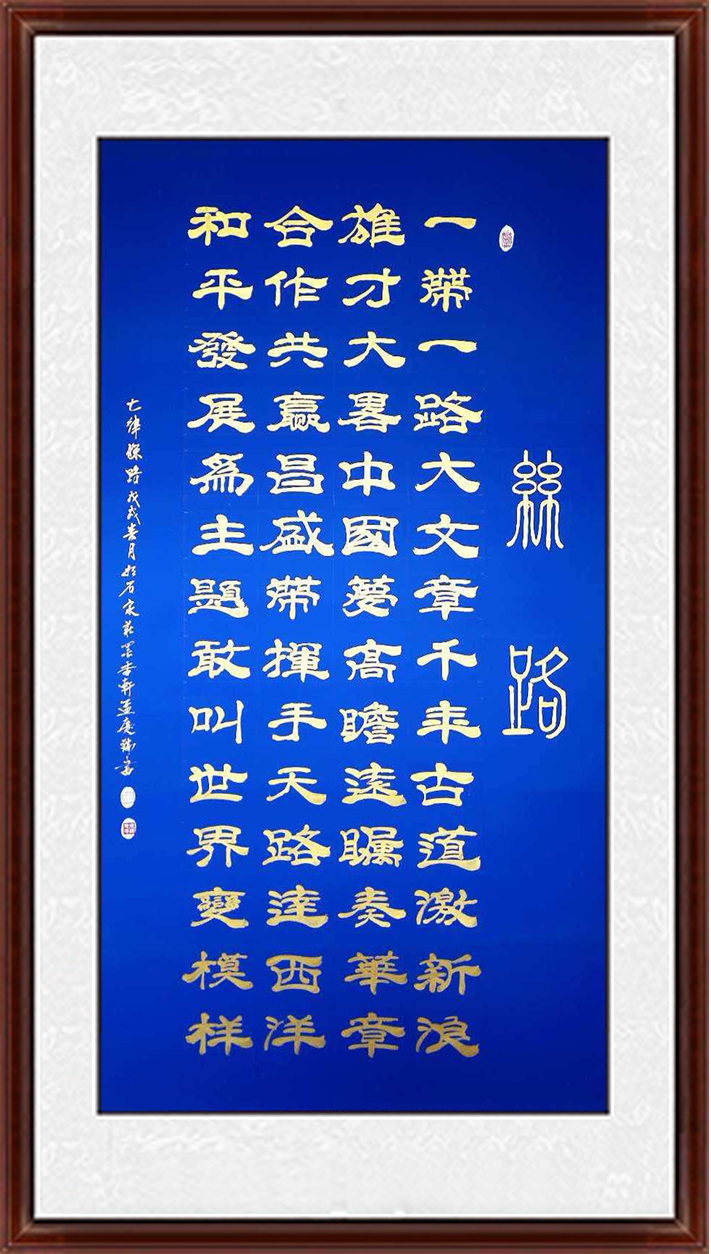 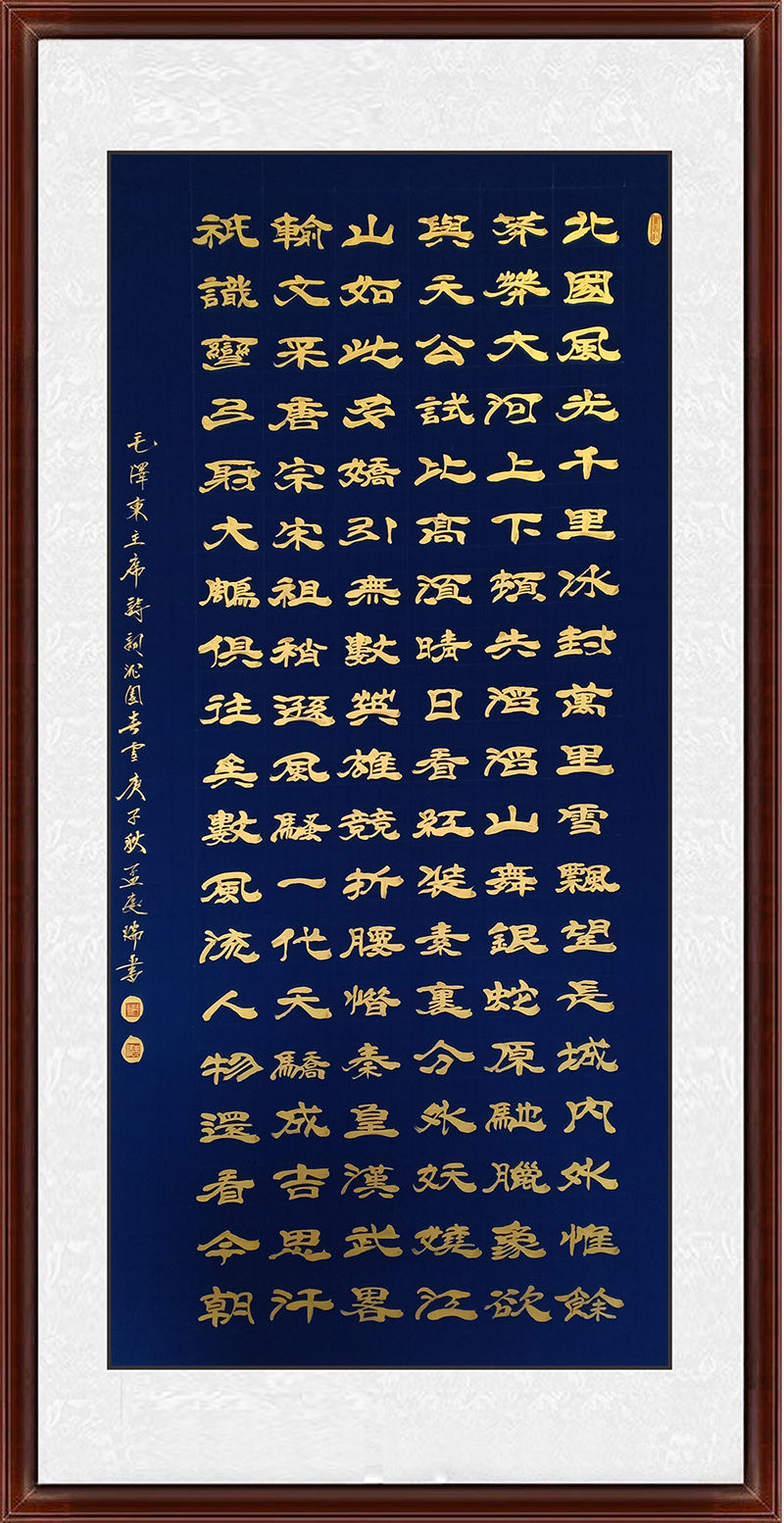 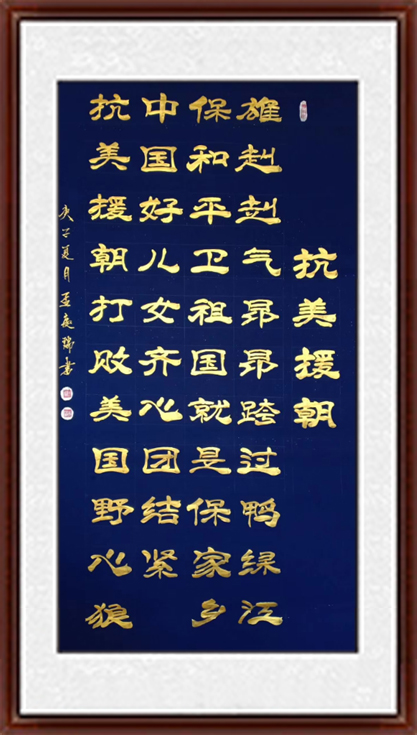 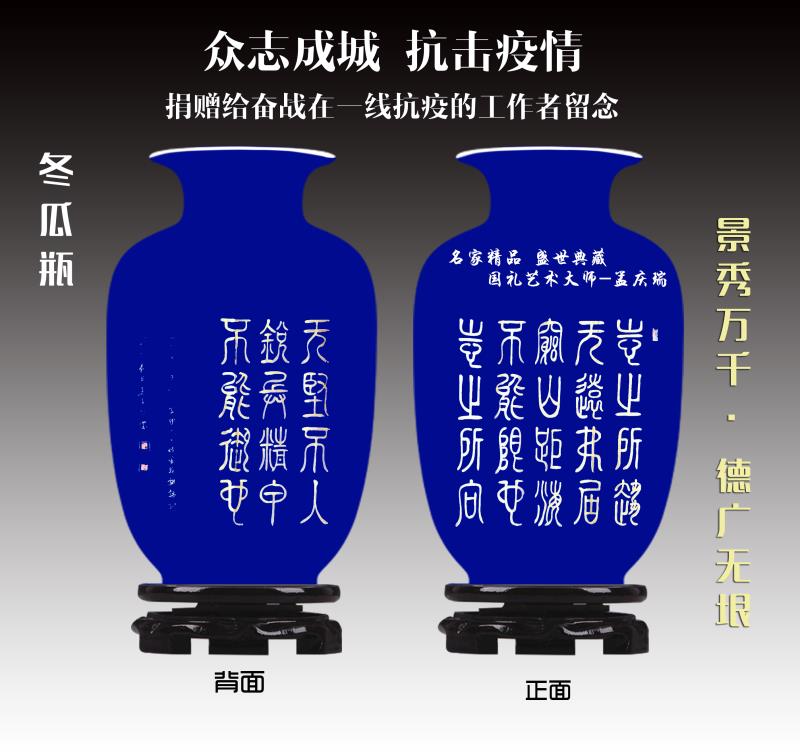 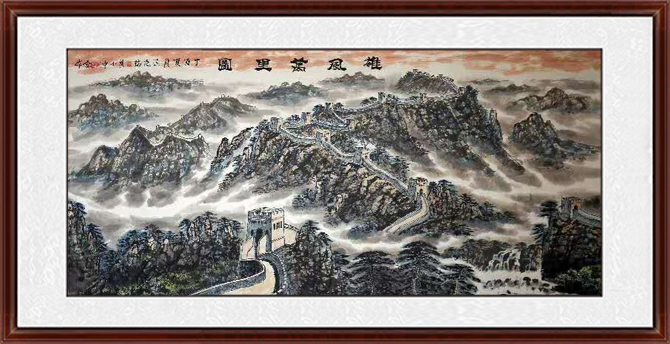 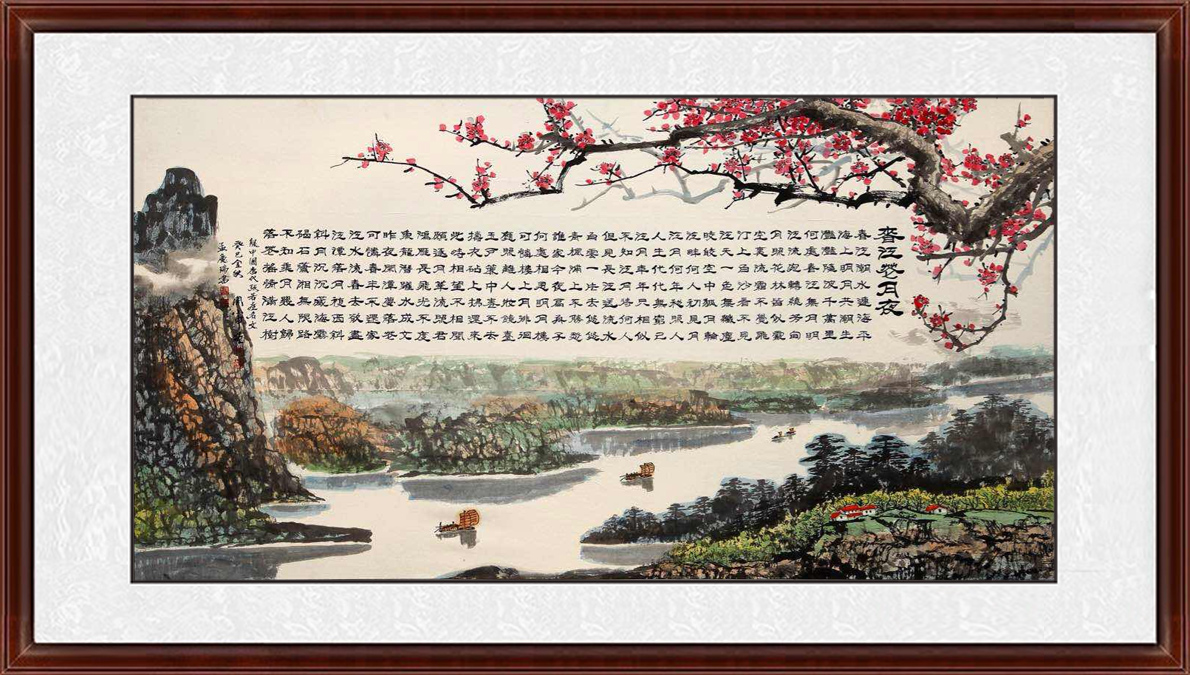 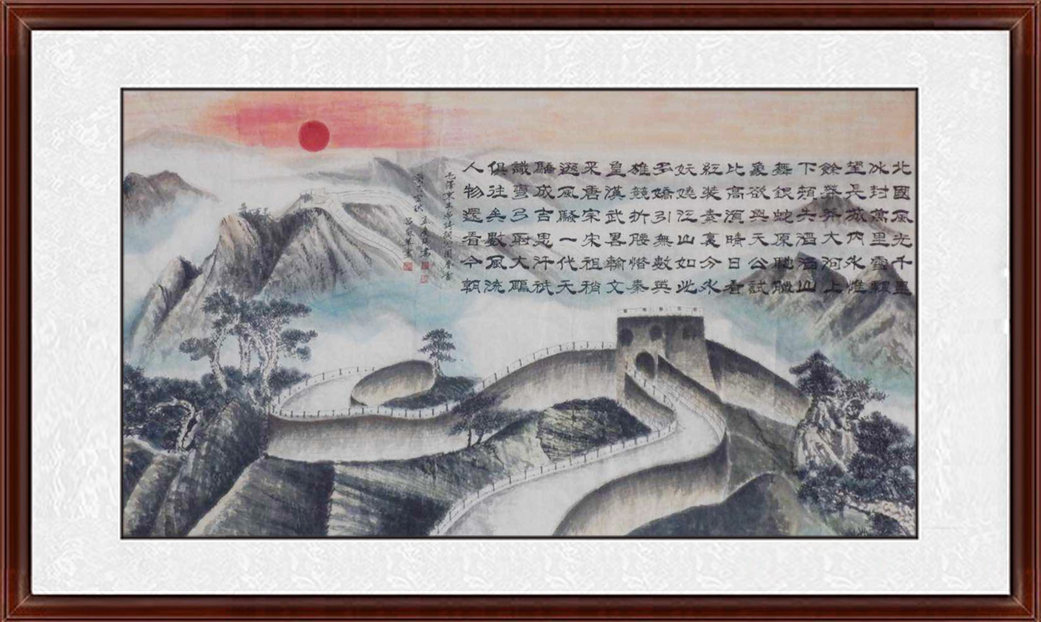